What is Prestressed Concrete?

Well, the short answer is that it is super-strong. It's used in power poles, bridges, and buildings where extra strength is needed - like a multi storey carpark.

Steel strand is laid out in the mould before the concrete is poured. The loading and layout of the strand is designed and specified by a structural engineer.

The strand is then tensioned - pulled tight using hydraulic jacks and held in place with barrels and wedges. This is a dangerous process and we don't allow visitor access to our yard while this is being done.

Once the strand is tensioned, concrete is poured into the mould, and the same process as normal precasting takes place. Heating of the concrete speeds the curing process, and it is vibrated to get any air bubbles out of the mixture before being smoothed off. 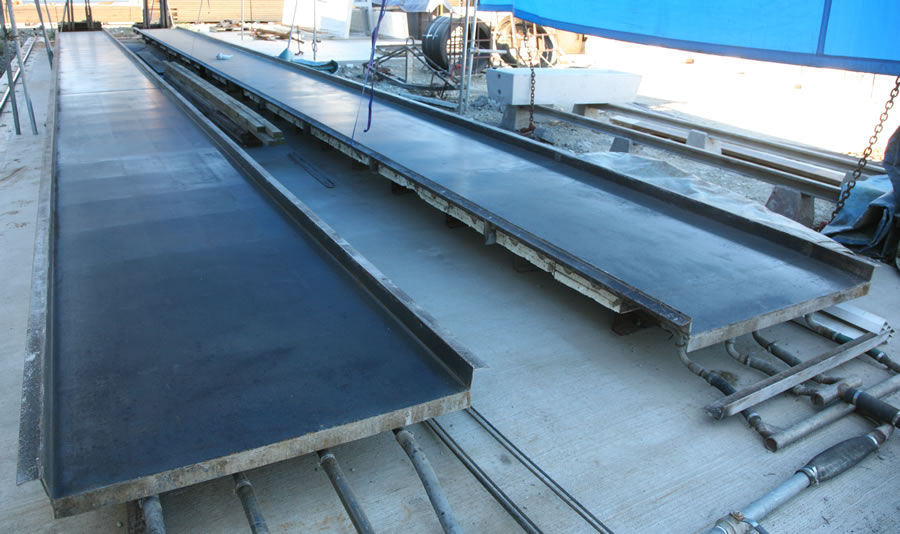 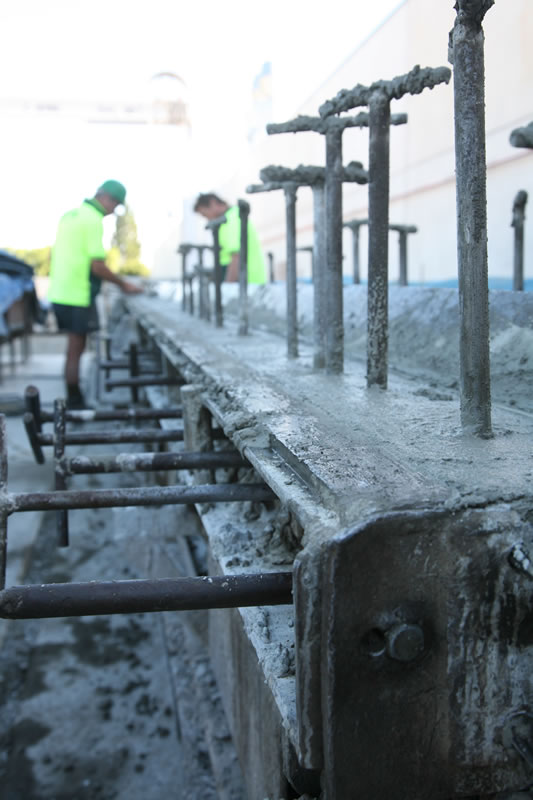